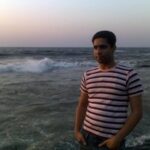 Consider an example where a user is uploading a file from browser to server. To upload the file, the user first fetch an access token from server, then he upload the file to server. The typical way to handle such scenario using jquery is showing in following jsfiddle :

Now let’s say we have an additional requirement, in which the location about the file being uploaded also comes from the server. It means now we need 3 ajax calls –  First, to get the access token. Second, to get the uploading file location, and then the third call, to actually upload the file. We approach this in jquery as follows :

As you can see, we are chaining the ajax requests, which has poor readability and becomes difficult to handle.

The trend these days is to offload the workload from the server to client, making clients more like desktop UI. Such chained calls are becoming increasingly common – we faced such scenarios in a couple of projects recently. Extending the above example, let’s assume we have a use case which involves in dealing with format conversion of an uploaded file.

We have the following ajax calls :

To handle such scenarios make some space for jquery’s Deferred and Promise in your javascript tool box.

Here, multiple callback functions are called in the same order in which they were added.

The following fiddle illustrates a promise in action:

Jquery introduced $.Deferred/$.Promise in version 1.5. It is an implementation of commonjs/Promise A spec. A lots of libraries available in the market implementing the Promise A specs like ‘q’.  From 1.5 version onward, all jquery’s ajax request return promise object.

Deferred makes dealing with asynchronous function much more pleasant and readable. $.Deferred or $.Promise can be combined together to manage complicated workflows relatively easily. One can combine them to work in parallel or in sequence.

Earlier, we discussed the issues with ajax chaining. We can solve this problem elegantly by using $.Deferred and $.Promise.

The pseudocode below illustrates the code flow. In the first fragment, we have created some functions which return promise object. In the second fragment section we make use of them to create a sequential workflow.

In following code we have used the above functions to create the required work flow. Notice that we have provided error call back only to the last ‘then()’ in the chain. This is because the way chaining works, if some error occurred midway through the execution, jquery searches down all chain elements until it finds the first error callback handler.

The readability of the above code has improved quite a bit compared to the chaining example earlier. In addition to readability it is also very flexible. You can use the same functions to create different work flow all together. Let say we already have the URL of file which needs to be converted. In this case we don’t want to upload the file. We can reuse the functions and create following flow.

In some situations, you may want to do some action only after the completion of multiple asynchronous task. Let’s take an example : We want to calculate a user’s remaining conversion volume in current subscription. Volume information is stored in two different resources, one is subscription resource and the other is statistics resource. Subscription resource returns volume in current subscription. Statistics resource will hold the information about the usage of conversion done so far. To handle such cases we use $.when.  $.when is equivalent to the logical AND operator. Given a list of promises, $.when() return new $.promise() that obey following rule.

In our experience,  $.Deferred and $.Promise are a good to handle asynchronous functions. They help one to write more readable and maintainable code. They are a great addition to a seasoned javascripter’s toolbox.