Erick Calderon, while explaining Art Blocks at The Marfa Art Gallery in October 2021, never imagined that his ideas would send shock waves through the artist communities.

Art Blocks is not for artworks with brushes and chisels. It is a platform where contributors can cash in on the NFT craze and fetch astronomical prices for their digital arts. Christie’s is also selling NFTs. Recently, they sold Beeple’s Everydays: The First 5000 Days at a whopping $69,346,250. But why are NFTs so valuable?

A simple explanation could be blockchain as these are unique cryptographic tokens on a blockchain and cannot be replicated.

Blockchain can be defined as a distributed database that acts as an immutable ledger. It helps in recording transactions and tracking assets in a business network.

A blockchain stores digital information together in blocks with certain storage capacities. When these are filled, they get linked to the previously filled block to form a chain of data known as the blockchain. Whatever comes next gets added into a fresh block, which then gets linked to the previous one to maintain the chain’s continuity. Its role is immensely valued in maintaining a secure and decentralized ledger of transactions.

Blockchain transactions get recorded with a hash, which is an immutable cryptographic signature.

NFTs are one of the many impacting use cases of blockchain. Blockchain came into being as an idea in 1991 when research scientists Stuart Haber and W. Scott Stornetta developed a system based on the cryptographically secured chain of blocks where they stored time-stamped documents so that they could not be backdated or tampered with.

In 1992, Merkle Trees were incorporated into the design, which makes blockchain more efficient by allowing several documents to be collected into one block.

In 2008, Satoshi Nakamoto (pseudonym of the person who wrote the Bitcoin whitepaper) developed the theory of distributed blockchains. In his design, adding blocks to the initial chain is easier as the system does not require the signature of the trusted parties. Nakamoto’s distributed blockchain uses a peer-to-peer network for timestamping and can be managed without permission from the central authority.

Nakamoto’s design has now become the cornerstone of cryptocurrencies.

In 2021, El Salvador announced that it will accept cryptocurrencies for legal tender. There are organizations in other countries like the US, Canada, Australia, and Israel that accept Bitcoin or similar currencies for small business transactions. Some of the developing nations are also on the verge of accepting cryptocurrencies to counter global inflation and remittance fees charged by financial mediums. Words about countries planning to launch their own cryptocurrencies which they can control are also doing rounds.

Better blockchain architecture is now the need of the hour for many industries, which has triggered an influx of investments. The global blockchain technology market size is all set to reach $7.59 billion USD by 2024. In the healthcare sector alone, blockchain would reach around $829 million USD by 2023. Along with these sectors, others like finance, agriculture, defense, and retail are also going to increase their blockchain-related investment to be future-ready. This rapid permeation of blockchain across industries has transformed the startup ecosystem. Venture capitalists are quite excited about this and that gets reflected in the funding amount they channeled towards blockchain startup companies in 2020. It was close to $2.3 billion USD.

Yes, there are controversies around blockchain. Countries have alleged that mafias and terrorists can use this tech as a shield for their illegal activities as tracing back the origin of a transaction is exceedingly difficult in Blockchain. Then why are its advantages outweighing its probable side effects?

Understanding that would be easier if we quickly glance through the core benefits that blockchain brings to various industries.

How do Businesses Benefit from Blockchain?

Blockchain is a ‘trustless’ system. Now, this might sound a bit like an irony to you, especially when trust is a major factor when it comes to adopting new technology for businesses. But it is called ‘trustless’ for a different reason- trust in blockchain comes from its security, transparency, and traceability, which nullifies the need for trusted partners.

Businesses can benefit from blockchain in a myriad of ways as it is better than a traditional database for multiple reasons.

Startups often rely on the latest technologies to deliver their path-breaking plans. Blockchain is one such technology and it is quite understandable from the recent findings of the Global Startup Ecosystem Report 2021 (GSER). According to the report, blockchain has evolved as the second-fastest startup sub-sector and in the last five years, it has shown a 121% rise in Series A deals. Around 10% of the global startups are working on blockchain in some form or the other.

This rush to adopt blockchain is for multiple reasons-

Now before jumping to the implementation part, let’s try to clear various myths and realities around blockchain.

Seminars, conferences, business meetings, and all are now abuzz with blockchain. All they talk about is why blockchain is a must for companies. But is this all hype or is blockchain really a necessity?

According to Warren Buffet, blockchain is a “mirage.” In one of his interviews with CNBC, he said “the idea that it has some intrinsic value is just a joke.” The acclaimed US economist Nouriel Roubini described Bitcoin “the bubble of all bubbles” and then said that blockchain has very little to offer. But then around 60% of CIOs, across the globe were on the cusp of adopting blockchain to build a better infrastructure in 2020, which shows a great disparity between what pundits think.

As blockchain is still in its nascent stage, people are not quite clear about what it can do or to what extent. This gives rise to myths.

Transparency in the system, faster fetching of records, and other features are some of the obvious benefits of blockchain, but its efficiency depends on a lot of factors.

First, a thorough study of the setup is needed, then an analysis of the cost aspect to understand if there is a need for blockchain. Some businesses can work better with a traditional database. Moreover, if not implemented right, Blockchain could trouble businesses more than meeting their needs.

Things To Do Before Implementing Blockchain:

Although blockchain is gaining a favorable tailwind from enterprises of different sizes, ignoring its failure rate before implementing the technology would be a deadly mistake. Gartner’s 2019 report shows that only about 5% of the proof of concepts (POC) make it to the production stage and then 90% of them fail to survive beyond the first 2 years.

These statistics show how crucial it is for a company to question why do they need blockchain in the first place? You can always start with the following ones-

If you are still up with your plan to move forward with blockchain implementation, then you should keep these possible issues in check:

The below infographic explains the process followed in most blockchain implementations.

Since the failure rate is high, you should adopt a measured approach. Follow these steps to implement blockchain successfully.

Mistakes to be Avoided while Implementing Blockchain:

Adrian Leow, senior research director at Gartner, believes that blockchain is sliding down towards the “Trough of Disillusionment” and it is happening because people are losing interest in blockchain following the failure of their POCs. But businesses can definitely make their outcomes better if they avoid the following mistakes first during the implementation stage.

Constant evolution and diversification have made blockchain a coveted technology, but they have also made it unreliable in terms of sustainability. In fact, its implementation may need quite a few modifications before you start getting the results that you have envisioned for yourself.

That is why before you decide to adopt blockchain for your business, consider all its pros and cons because there would be a lot at stake for you. You should also be thoroughly aware of the blockchain technologies to leverage them better.

If you feel unsure, reach out to the experts to get a better know-how of the entire process, and build a POC first to understand its viability. We have dedicated blockchain teams that have enabled multiple businesses with successful blockchain implementation to drive business outcomes. Check our blockchain offerings. 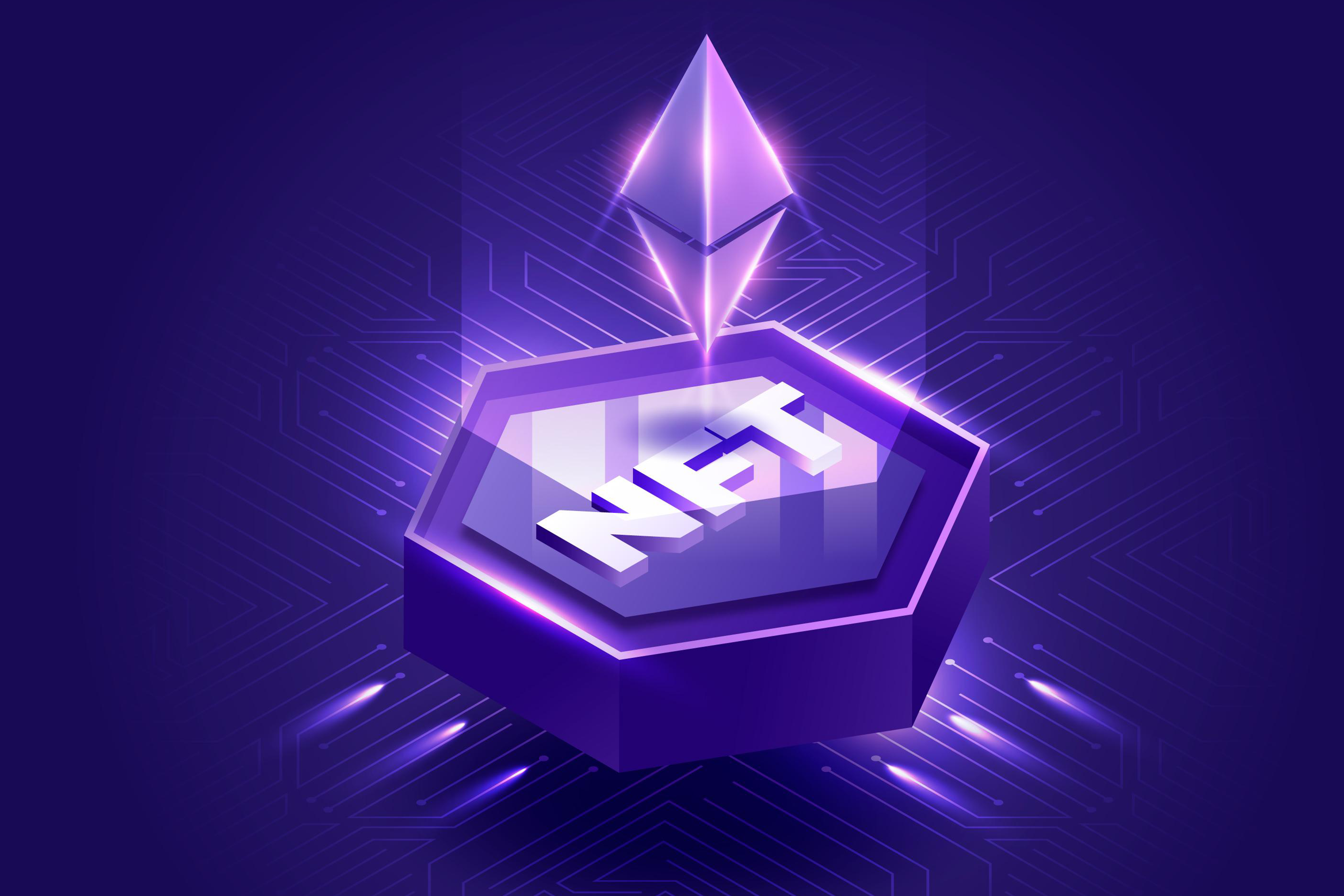 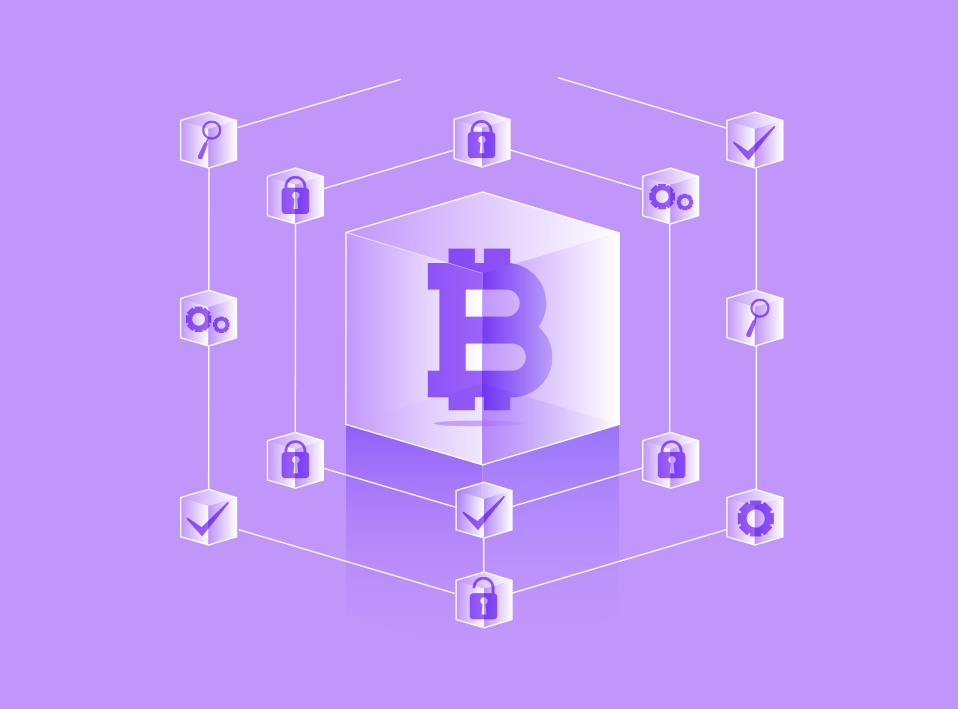 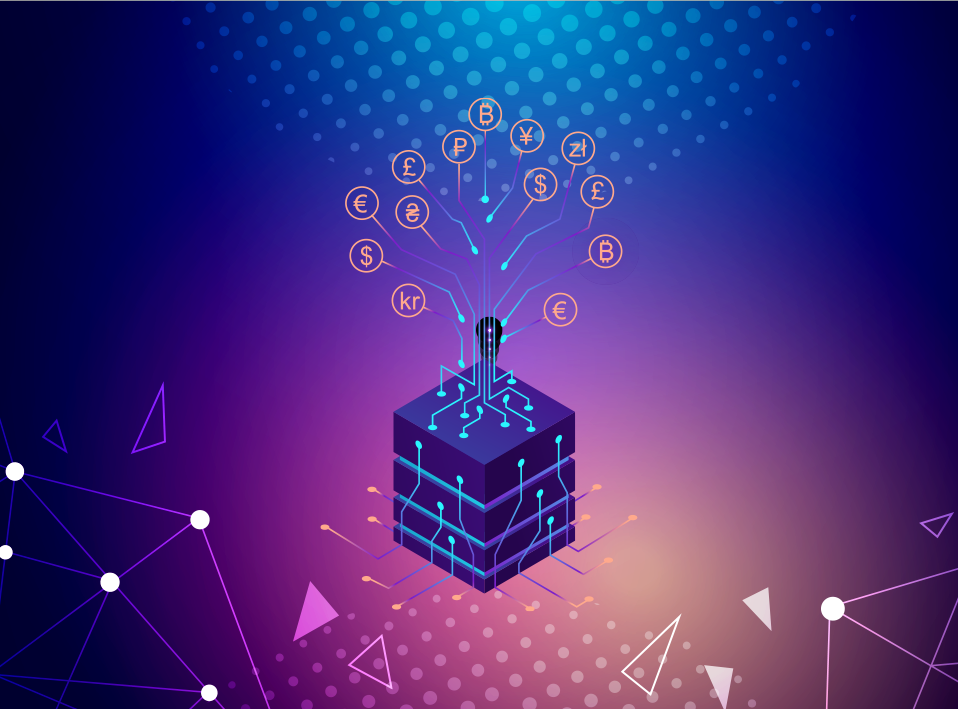 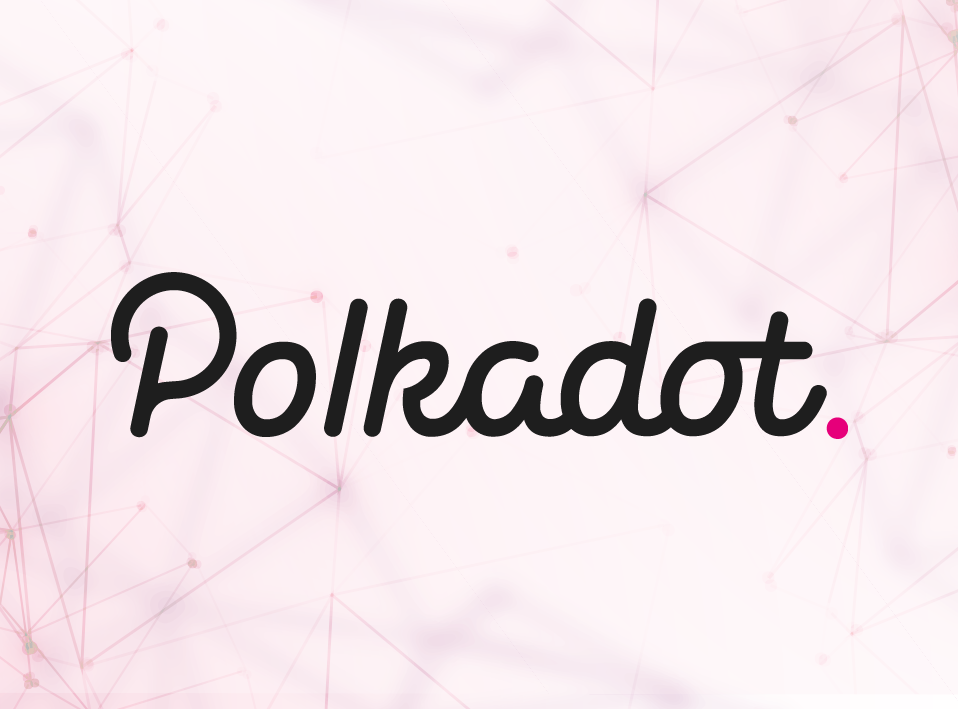 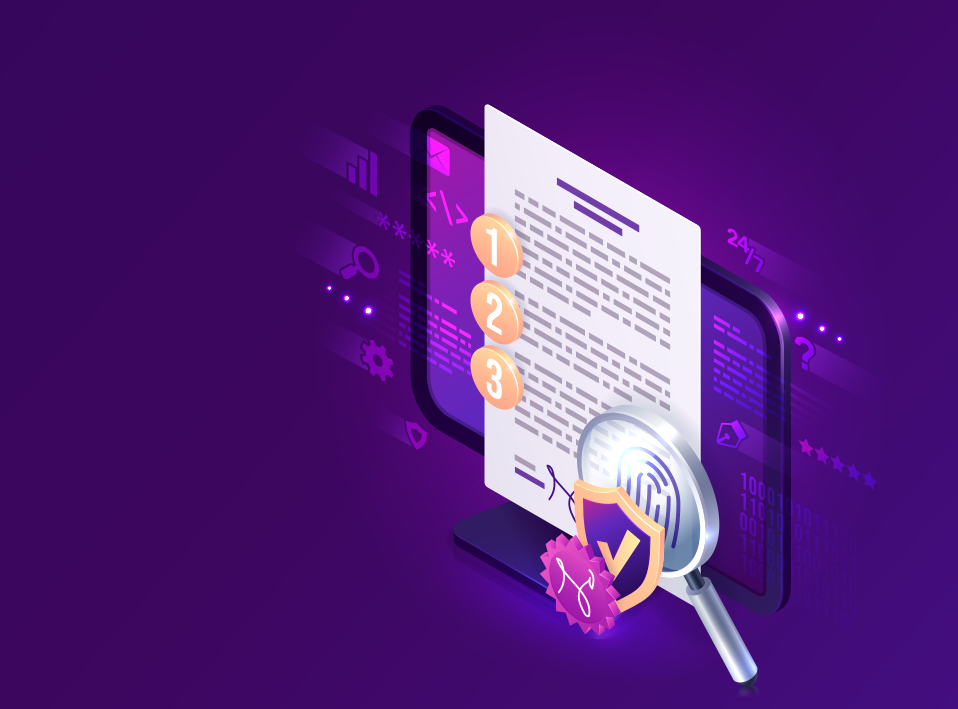 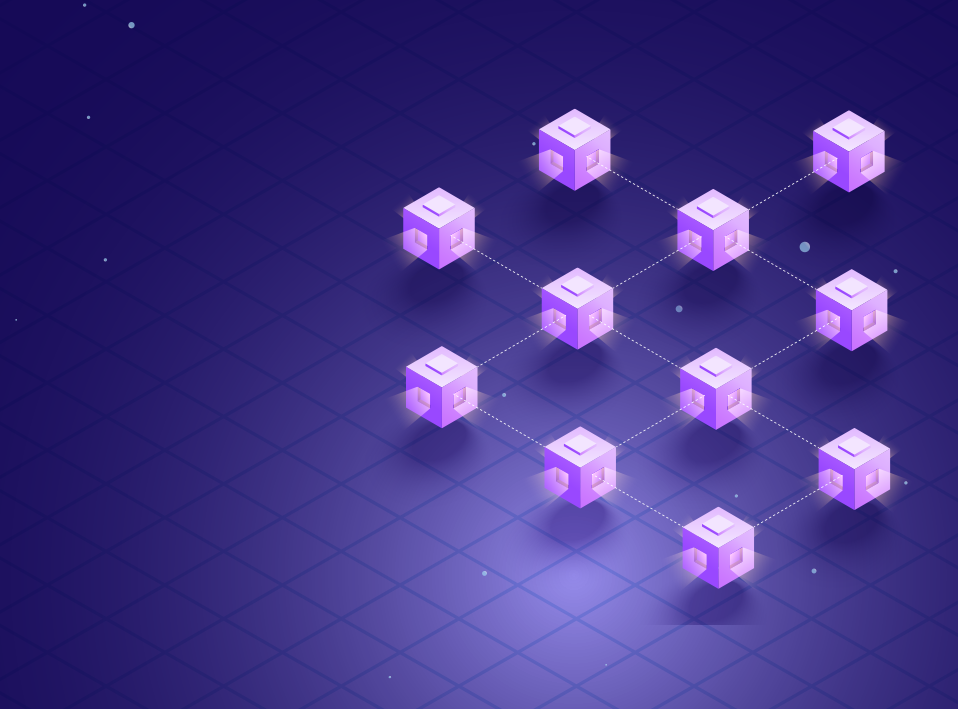