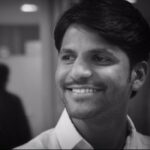 You must be aware of term “IoT” Internet of Things, this is one of the hot technology worldwide nowadays, as many products, devices are available in the market.

I won’t say detailed knowledge of IoT, but at the end of this article, you will have a high-level idea of how IoT system works. To understand it, we will create an iOS demo app which will send/receive data from IoT compatible device with the help of Arduino.

In this article, we will cover following points:
– Introduction to IoT
– Arduino Overview
– iOS Demo App to understand end to end flow.

Introduction to IoT
Internet of things is a system of devices connected to the internet with the ability to collect and exchange data. The device or “Thing” in IoT could be any device embedded with electronics, software, and sensors like lights in household, smart air conditioner or person with heart monitor.
Lets see what are the opportunities in IoT, why it became one of the hot technology:

There are many other opportunities which accelerated the market for Internet of Things. It is predicted that by 2020, 25 billion devices will be available in the market.

The network in IoT will be decided on the factors such as range, data, security, and power. These factors will decide the choice of network whether it is the internet, Bluetooth, WiFi or any other. IoT is used for the devices that would not necessary to have an internet connection. It is used for a device that can communicate with the network which can be the internet, Bluetooth, NFC or anything else. For short-range communications technology is of course Bluetooth. It is expected to be key for wearable products. For example, Smartwatch, Fitness band. There are many sources available for IoT, so we will not dig into this.

We know how to send or receive data over the internet from an iOS app. But many of us don’t know how this data operate the IoT devices. There are open source hardware and software available in the market which is used to control the IoT devices. One of these is Arduino.

Arduino is an open-source hardware and software. Arduino boards are able to read inputs from the different sensors and turn it into an output like turning on an LED, activating a motor or publishing it over the internet.

These boards can take following inputs and outputs:
Inputs:
Outputs:
There are different types of Arduino boards available depending on features like an ethernet port, wireless or USB device support. Common specification of these hardware boards are:

You can tell Arduino boards what to do by sending a set of instructions to the microcontroller on the board. For this, we have to use Arduino Software (IDE) and Arduino programming language.

To write code and upload it to the board, Arduino IDE is used. It is available for Mac, Windows, and Linux platform. You can download it at https://www.arduino.cc/en/Main/Software.

Arduino programming language:
The coding language that Arduino uses is very much like C++, which is a common language in the world of computing.
Two important functions in Arduino language are:
Other Useful Function:
Example Code:

You will find more details about language at https://www.arduino.cc/reference/en/.

Once you write the code, you can upload it on Arduino board by using Arduino IDE. You can download demo Arduino program to turn LED on-off. This program send/receives data over the Bluetooth and turns on-board LED on-off depending on data received. Also, this will broadcast state of the LED pin. You can use Arduino Leonardo board for this demo.

iOS Demo App
I have created a sample iOS demo app which will send/receive data over the Bluetooth. For that, I have used Core-Bluetooth framework. You can download it here.
On launch of this app, it will try to connect to a nearby Bluetooth device which is Arduino board in our case. After successful connection, this app can send instructions to the board to turn LED on-off.
Steps To Run:

You can modify this demo program for the internet instead of Bluetooth. For internet network, Arduino board which has a capability of broadcasting data over the internet is required.

Conclusion
This article is a good starting point for anyone who is interested in connecting an iOS app to IoT device using Bluetooth Low Energy. We saw how to hook up an Arduino board with an iOS app. We have a LED on Arduino board, but we can easily connect any other sensor to it. You can find the sample projects on github. I hope you’ll find these projects useful. Good luck and have fun!