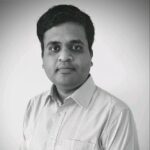 Apache Kafka is an open-source and distributed streaming platform used to publish and subscribe to streams of records. Its fast, scalable, fault-tolerant, durable, pub-sub messaging system. Kafka is reliable, has high throughput and good replication management.

All the data to Kafka is written into different topics. A topic refers to the name of a category/feed name used for which storing and publishing records. Producers write data to Kafka topics, and consumers read data/messages from Kafka topics. There are multiple topics created in Kafka as per requirements.

Each topic is divided into multiple partitions. This means messages of a single topic would be in various partitions. Each of the partitions could have replicas which are the same copy. 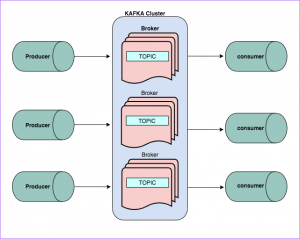 It’s the process which reads from Kafka. It can be a simple java program, python program, Go code or any distributed processing framework like Spark Stream, Storm, Flink or similar.

There are two types of Kafka consumers-

In the case of low-level consumers, partitions and topics are specified as the offset from which to read, either fixed position, at the beginning or the end. This can, of course, be cumbersome to keep track of which offsets are consumed, so the same records aren’t read more than once.

When you write Kafka consumer you add a property like below

So consumers with the same group id are part of the same consumer group. They will share the data from the Kafka topic. Consumers will read only from those partitions of Kafka topic, where Kafka cluster itself assigns them. 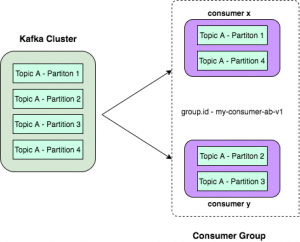 If we write a new consumer group with a new group ID, Kafka sends data to that consumer as well. The data is not shared here. Two consumers with different group id will get the same data. This is usually done when you have multiple business logic to run on data in the Kafka.

In the below example consumer z is a new consumer with different group id. Here, only a single instance of a consumer is running, so all four partitions will be assigned to that consumer. 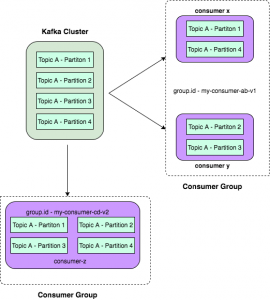 When to use the same consumer group?

When to use different consumer groups?

When you want to run different application/business logic, consumers should not be part of the same consumer group. Some consumers update the database, while another set of consumers might carry out some aggregations and computations with consumed data. In this case, we should register these consumers with different group-id. They will work independently and Kafka will manage data sharing for them.

Each message in the partition would have a unique index that is specific to the partition. This unique id is called offset. It is usually a number that indicates the count of messages read by a consumer, and it is usually maintained according to consumer group-id and partition. Consumers belonging to different groups can resume or can pause independently of the other groups, hence creating no dependency among consumers from different groups.

This property takes control over the behavior of a consumer whenever it starts reading a partition it doesn’t have a committed offset for/ if the committed offset is invalid as it aged out because of an inactive customer). The default says latest- that indicates ‘on restart’ or new application will start reading for newest Kafka records  The alternative is “earliest”, which means on restart or new application will read all data from start/beginning of Kafka partitions.

This parameter is used to decide whether the consumer should commit offsets automatically or not. The default value is set to true, which means Kafka will commit offset on his own. If the value is false, the developer decides when to commit offset back to Kafka. This is highly essential to minimize duplicates and avoid missing data. In case you set enable.auto.commit as true, then it’s also necessary to minimize duplicates and avoid missing data. If you set to true, then you might also want to control how frequently offsets will be committed using auto.commit.interval.ms.

The easiest and best way to commit offsets is by allowing your consumer to do it for you. If you set value for enable.auto.commit as true, then Kafka consumer will commit the largest value of offset generated by poll() function every five seconds.

The interval of five seconds is by default and is taken control by setting auto.commit.interval.ms.

But if your consumer restarts before 5 seconds then there are chances that you process some records again. Automatic commits are easy to implement, but they don’t give developers enough flexibility to avoid duplicate messages.

When you set enable.auto.commit=false, the application explicitly chooses to commit offset to Kafka. The most reliable and simple of all the commit APIs is termed as commitSync(). This API commits the offset returned lately by poll() and again return as soon as the offset is committed, throwing back an exception in case of a commit failure.

One drawback of the manual commit is- application is blocked until the broker reverts to the commit request. This, in turn, limits the application’s throughput. To avoid this, asynchronous commit API comes to the picture. Instead of waiting for the response to a commit from the broker’s side, we can send out the request and continue on. The drawback is that commitSync() will continue re-trying the commit till the time it succeeds or encounters a non-retriable failure, commitAsync() will not retry. Sometimes, commitSync() and commitAsync() together are used to avoid re-try problems if the commit is failed.

We have checked here what a consumer is, how the consumer group works, and how we can parallelize consumers by using the same consumer group id. We have also checked on to do offset management when working with an application.