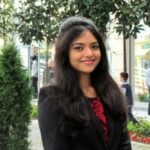 Recently, we got into a project where our client was interested in implementing the application with a multi-model Database called Arango DB that could be easily built in any relational database. This triggered us to carry out a comparison between MySQL and Arango DB. So, here we go!

ArangoDB is a multi-model, distributed, open-source database with flexible data models for documents, graphs, and key-values. High-performance applications can be built using a convenient SQL-like query language or JavaScript extensions. It can be scaled horizontally or vertically.

We used the following configurations to carry out the performance test.

Tests for the following scenarios were carried out for both ArangoDB and MySQL:

After executing the above test cases, the results were recorded in terms of Latency (ms), DB and Application CPU and Memory Utilization(%), Success Rate. The recorded data is as follows: 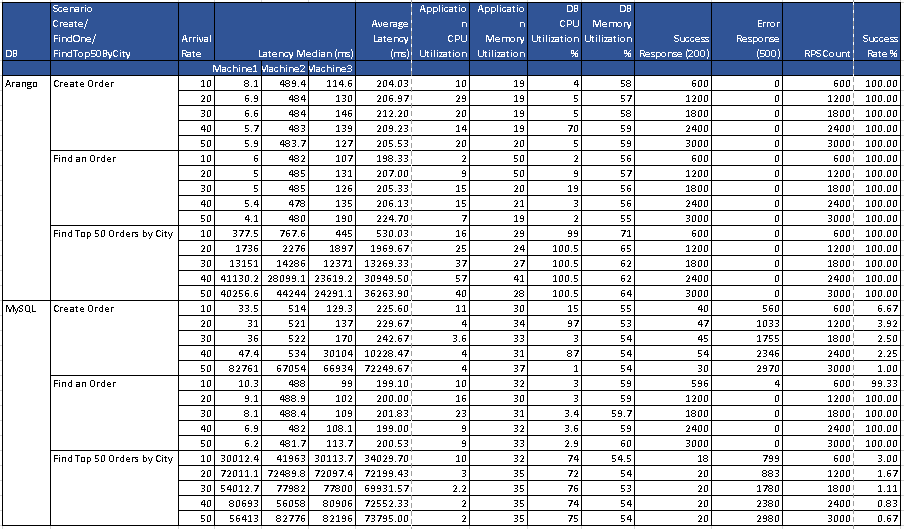 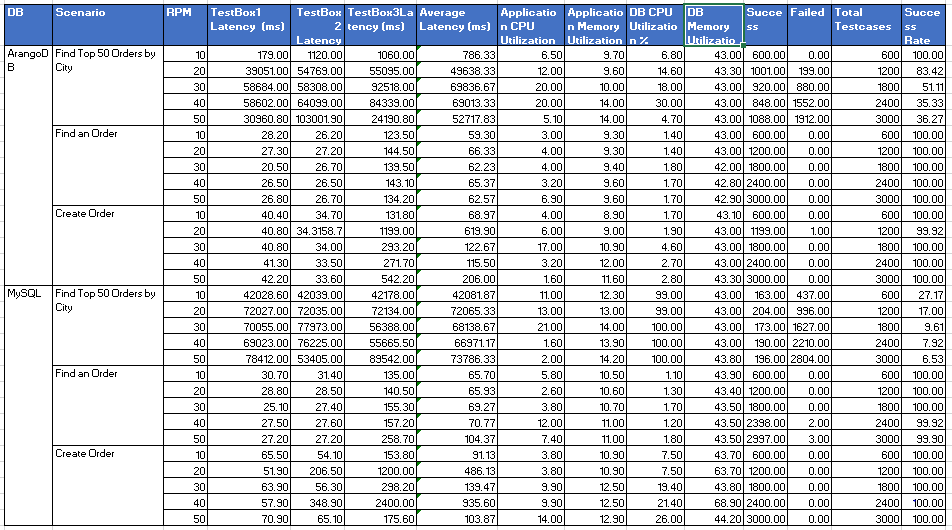 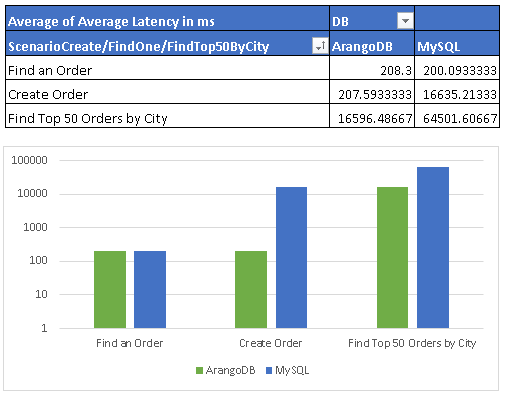 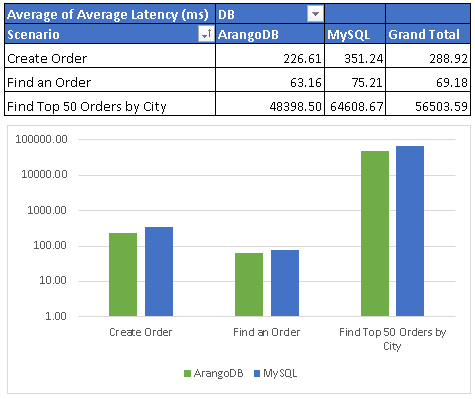 CPU and Memory Utilization for ArangoDB and MySQL 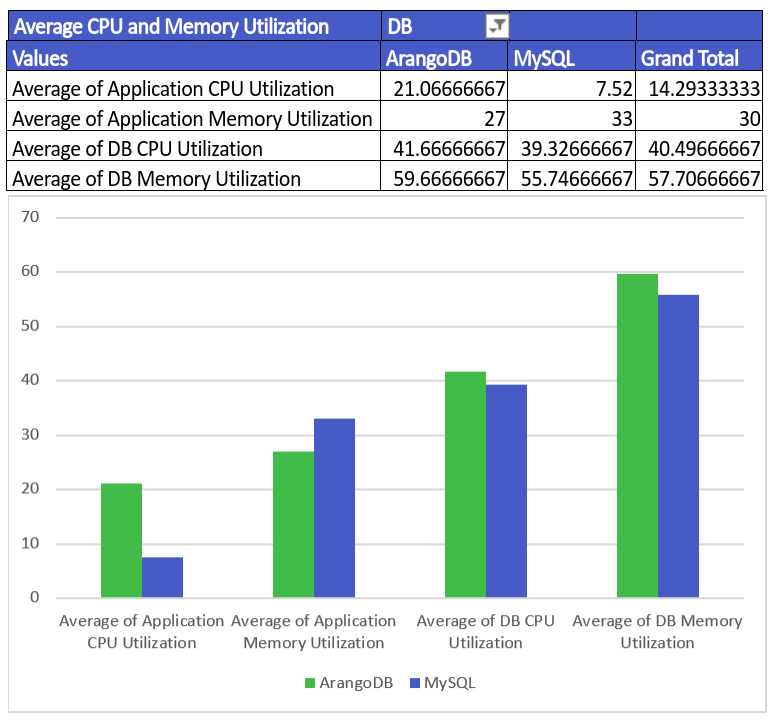 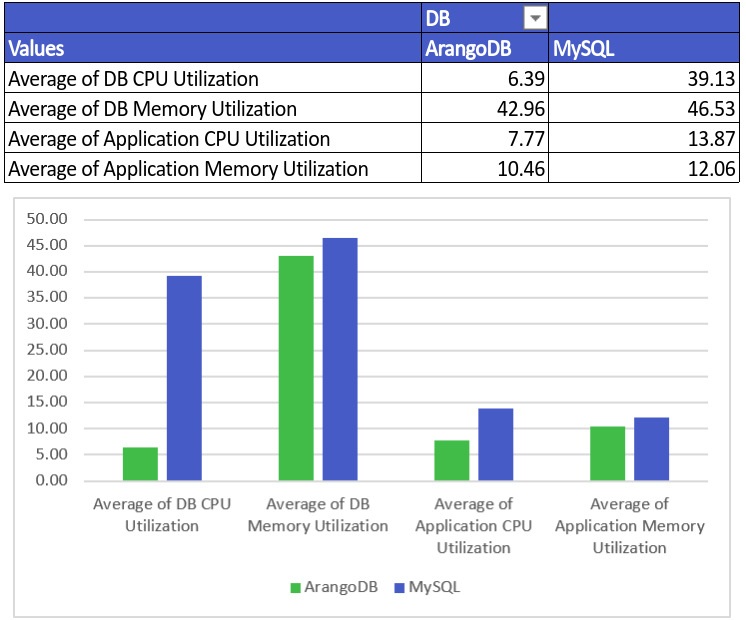 Success Rate for ArangoDB vs MySQL 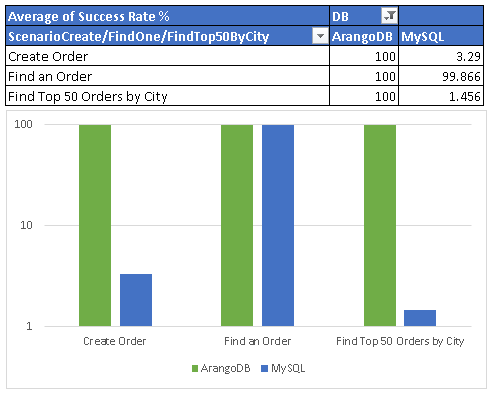 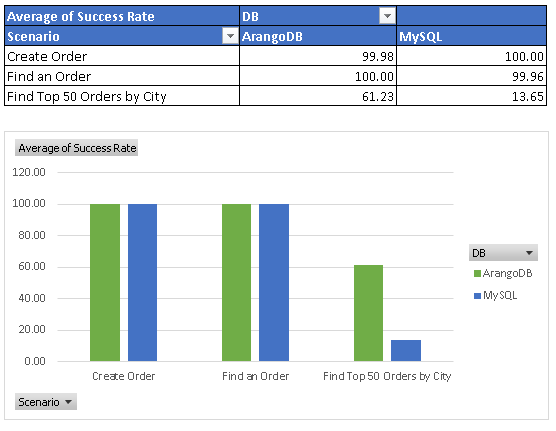 While conducting this exercise, we found that the Response time for read queries is the same for both ArangoDB and MySQL databases (even taking latency into account). This is derived after studying the results of Fetch/Find one.

While conducting this exercise, it was observed that ArangoDB performed way better than MySQL DB in terms of write operations. ArangoDB can provide an edge in the case of Write heavy Applications and Bulk Reads where the size of data per document/record is high as compared to MySQL.

ArangoDB is better in terms of success response within the given time of 120 seconds. Success response of MySQL DB improved on using the flat structure.

When to chose MySQL

Though Arango DB seems to be faster than MySQL in various tests conducted, MySQL has an edge over reliability, stability, and ease of data export & import. It is good as a DB for mission-critical applications and suitable for dealing with core/financial data.

When to choose ArangoDB

ArangoDB is a good choice for applications that need frequent fetching of bulk details and write-heavy applications. We also observed that the ArangoDB application needed more restarts than the MySQL application.

In short, both ArangoDB and MySQL perform almost the same in terms of Read operation. ArangoDB is better than MySQL in terms of write operations. 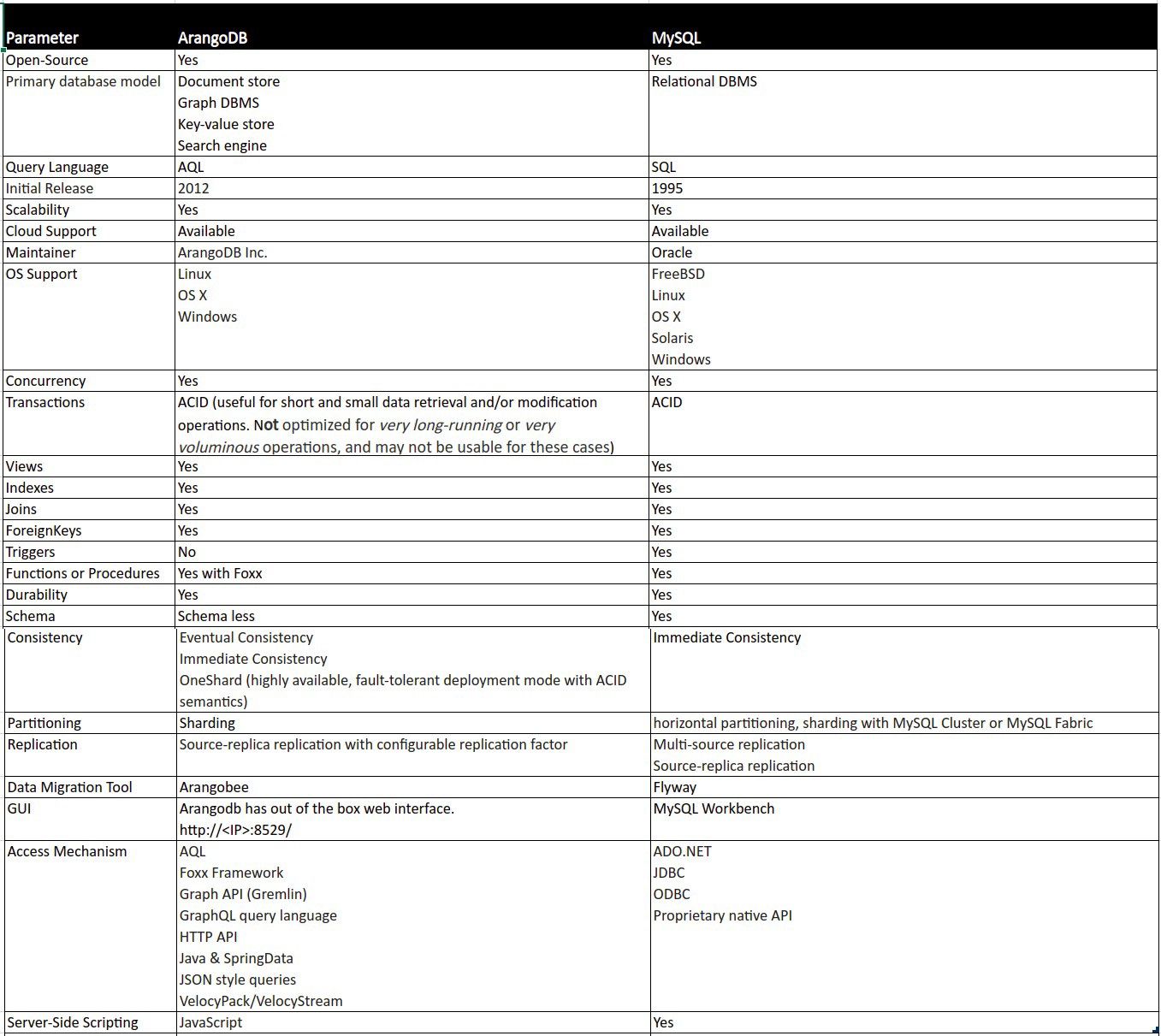 After testing our application with both ArangoDB and MySQL we found ArangoDB is faster in case of write and bulk reads. MySQL has a good position from the stability point of view and community support as compared to ArangoDB. ArangoDB will be suitable for applications who need Graph DB and faster response and needs to deal with data loads. However, MySQL is well suited for application that deal with monitory details need to support transactions like Banking.